Interview with Terra Snover - Author of the Another Online Series


In this post, I'm talking with author Terra Snover about her LitRPG series "Another Online". I recently reviewed the first book, All Hail the Queen, where the NPCs of the world are sick of their pre‑programmed existence and want a change. The second book in the series, Clockwork, dropped for Kindle on May 7th, so I'm guessing it'll still be a few months before I can get it as an audiobook. To help hold me over in the meantime, I thought it'd be a great idea to talk with Terra about book one and her plans for the future.

M: Terra, thank you for taking the time to answer some questions for The Audiobook Review's blog. I remember your first email to me quite vividly. You pitched Another Online as "Wreck-it Ralph meets The Handmaid's Tale", which instantly sold me on it. That gets me thinking about the origins of Another Online. Was there a particular idea that sparked the story?

T: The main idea that got me thinking about Another Online was when I was working at a tech company doing 3D editing on a map application. The job was going well until one day the staff was all called into a meeting room and 80% of us were downsized. Zero warning, just sorry, but we don't need you anymore. Turns out that the company had an AI watching what we were doing and learning from us. Once it got good enough at doing what we did they didn't need us humans anymore.

This entire experience got me thinking about big tech and exploitation. How far would a company go to automate to make profit. This thought lingered in the back of my mind as I worked in game design. Working game design was a nightmare, most days we had 10 to 12 hour workdays to the point where some days people were sleeping under their desks.

Working this seemingly endless Crunch job after job I came to the realization most game/tech companies would do just about anything to make some money, human suffering be dammed. After leaving the game design field and having some time to myself again, I sat down and knocked out the book that had been brewing in my mind.

(Side note: Unionize the game industry!) 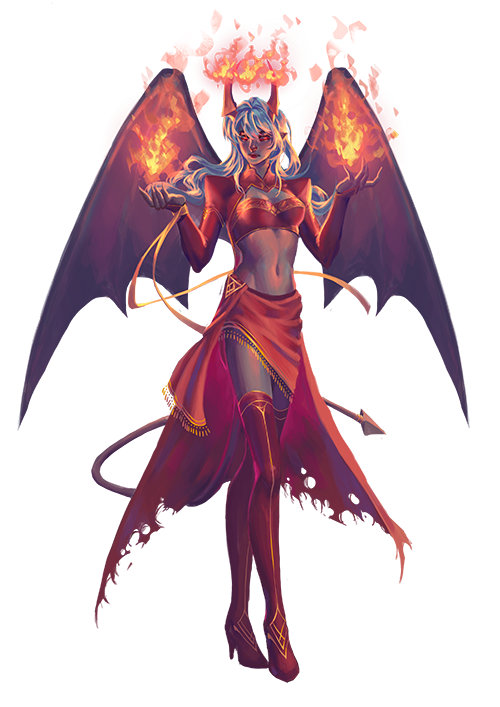 M: Wow, that's some next-level Evil Corporation tactics! It does give your story an added edge of authenticity, so living it in real life would have sucked, but it gave you some excellent source material. Ultimately then, what message (or messages) do you hope to get out there through your story?

T: Truly I don't think that I'm trying to get a message out there with my books. If people can pull a message or moral out of them, great! But more than anything, I'm giving readers a chance to question their preconceptions about what it is to be human, or how far would they go for their freedom, or any number of things they don't think about on any given day. I prefer to give an outlet for the questions and make people think and learn about themselves rather than provide any answers.

M: Turning our attention to the series as a whole, do you have an overall master plan you're working to or a general idea that evolves as it is written? Do you have a target for the number of books you want to meet, or just letting it play out as needed?

T: I'm hoping to have nine books by the end of this writing adventure. Three books, with three arcs and one overall series.

As far as how I write my books, I work out the beginning and end, so I have some guidelines, but how the characters get from the start to the end is up to them. I have years of improvisation acting my belt and years of role-playing, D and D and the like. Because of these skill sets like just letting my characters flow through me and deal with what they throw at each other. It's a lot of fun writing this way. I never know what is going to happen next!

M: Lots more audiobooks to look forward to then! Speaking of audiobooks, I have to ask. How soon before the audio version of book two will be available for us audiobook enthusiasts?

T: The second audiobook is in the works now, but for when it will be coming out, I'm hesitant to put a date on it. Amazon can hold the process up for months sometimes. Just know it is coming.

M: Did anything surprise you when producing your first audiobook? How did you find the process of auditioning and selecting a narrator? Do you have any tips you would like to share with people looking to produce their first audiobook?

T: I have done a lot of voice-over work in my youth so I kind of know how the production end of things goes. That said, the thing that threw me for a loop was how very different the reading speed is for voice-over and narration. So my narrator and I had to keep the pace down for the book, and even then, my first audiobook was a bit of a speed read. For this second novel, we're going to slow things down a bit more.

Finding a voice actor was a lot of fun, actually. I had a lot of really good people come in and read for it. It came down to two ladies who were amazing, it really came down to if I wanted to have an American or British actor.

As for advice to people who are looking for actors, I would say give yourself time for the auditions. A lot of the time, you will feel inclined to go with one of the first people you hear, but a lot of the time, if you wait a few weeks, you will start seeing some really amazing people audition for you. It's easy to get super excited about your project and want to move on soon as possible, but patience is a virtue in this business. 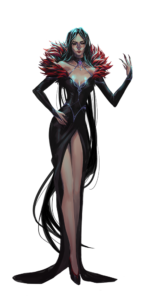 M: That's some solid advice. The choice of narrator can easily make or break the audiobook, so spending the time to make sure you get the best one makes sense. I know I've been keen to get audio versions of books I've read, only for the selected narrator to ruin it for me completely.

So among other things, you've worked in voice-over, game design, now as an author, and your bio also lists filmmaker, so I'm guessing you must have had at least the passing "what if" thought of an adaptation for movie or television. If a studio were to come along and option your books, is there anyone who you could envision filling the major roles?

T: I'm less interested in making it a film or live-action TV show and way more into the idea of an animated show, probably in 3D, given the nature of the world taking place in a game. If I had my choice of voice actors, I would have Tara Strong as Var, Steve Blum as Leon, Erica Lindbeck as Amber, Dante Basco as Drac, Richard Steven Horvitz as Renny, Wil Wheaton as Alexander, Mark Hamill as Gelm, Deedee Magno as Hell'a, Grey DeLisle-Griffin as Tilln/Tyn/Xor/Ral.

M: Finally, I have to ask because it's a popular subject on the internet - tell us about your cats! Your bio also says you have two that enjoy disrupting your writing process.

T: I have two to six on any given week, I foster kittens for a shelter. I have the two fuzzy kids that are mine and some that are mine, Chunk and Wedge O'Cheese. Two orange brothers who think my writing is something that interferes with their petting time.

As for kitty story's about them there isn't much to tell, they are so super chill and more sleep around the house types.

M: Very cute! Great names by the way. The one resting on Twilight is an almost doppelganger of one my parents used to have. Terra, thank you very much for taking the time to talk with us here at The Audiobook Review. I am eagerly awaiting the rest of the series and wish you the best of luck!

You can find the Another Online series by Terra Snover on Audible, Amazon, and Apple iTunes. Be sure to leave her a review! Reviews help other people like you find the right book. Authors appreciate the feedback too!

Check out the Another Online website where you can see more artwork for the different characters.

These terms and conditions contain rules about posting comments. By submitting a comment, you are declaring that you agree with these rules:

Failure to comply with these rules may result in being banned from submitting further comments.

These terms and conditions are subject to change at any time and without notice.

{"commentics_url":"\/\/theaudiobookreview.com\/commentics\/","page_id":1081,"enabled_country":false,"country_id":0,"enabled_state":false,"state_id":0,"enabled_upload":false,"maximum_upload_amount":3,"maximum_upload_size":5,"maximum_upload_total":5,"securimage":false,"securimage_url":"\/\/theaudiobookreview.com\/commentics\/3rdparty\/securimage\/securimage_show.php?namespace=cmtx_1081","cmtx_wait_for_comment":"cmtx_wait_for_comment","lang_error_file_num":"A maximum of %d files are allowed to be uploaded","lang_error_file_size":"Please upload files no bigger than %.1f MB in size","lang_error_file_total":"The total size of all files must be less than %.1f MB","lang_error_file_type":"Only image file types are allowed to be uploaded","lang_text_loading":"Loading ..","lang_placeholder_country":"Country","lang_placeholder_state":"State","lang_text_country_first":"Please select a country first","lang_button_submit":"Submit","lang_button_preview":"Preview","lang_button_remove":"Remove","lang_button_processing":"Please Wait.."}