Find Your Next Listen

How To Get Free Audiobooks


Recently I had the pleasure of interviewing Jacob Israel Grey, author of the Dark & Day series of fantasy novels. On Amazon, his Dark & Dary books appear in various kids and teens categories, but they're not at all limited to this demographic. I can honestly say they can be enjoyed by people of any age - I know I certainly did. If you're a fan of magic and mecha, and have always wanted a world where they co-existed, then you certainly must check out this series.

M: Jake, thank you for taking the time to answer some questions for our followers. For people who may not yet be familiar with the Dark & Day series, why don't we start with the elevator pitch? If you had to describe the series to someone in thirty seconds or less, what would you say to them?

J: Dark & Day imagines a future, lush with mechs and magic, where coming-of-age means realizing that you were born in the middle of a mystery. It's a celebration of nostalgic geek culture without the constant pop culture trivia you get with Ready Player One or Magic 2.0 (which I do love). With charming, quirky characters and vibrant world-building entwined with explorations of the effects of spectacular powers on societies, it's an adventure with ideas, and more importantly, a lot of questions...

I draw from a patchwork of influences that I hope blend into a seamless patchwork quilt that works well on its own. Listeners will get character and early plot queues from Harry Potter and Narnia, elements of world-building from Final Fantasy, mysteries modeled like Arthur C. Clark, puzzles of politics and war Ender's Game and Dune, adventure / action and aliens from Star Wars, and cultural philosophy from George Orwell and Dr. Strangelove.

M: That's quite an eclectic mix! What was the moment it all came together, and you knew you had a great idea for a story and had to start writing it?

J: Around the time I came up with the title, Dark & Day, and realized I could combine my passion for science fiction and fantasy with the political drama of a false dichotomy that the two cultures presented. The names themselves, "Dark" and "Day" represent both very different ideas while being very similar in structure. It wrapped up a lot of subtext in a catchy framing and ignited the plot and world-building with that conflict in mind.

M: Indeed, and in the time since I listened to the book, I've found myself reflecting on some of the themes I hadn't directly considered. The prejudices and propaganda being pushed by both sides, equally as toxic and leading to a Cold War-style standoff between them. Each side treating their way — technology or magic — with a religious-like zeal.

Among it all, though, triumph over adversity as Jono Wyer, the unlikely hero, is drawn into the machinations of the Dark and the Day. Jono's got a lot going against him with his breathing and heart problems, but he excels at school. So if listeners could only take one message from the story, what do you hope it would be? What makes this in particular important to you? 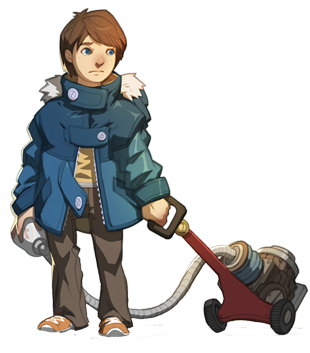 J: Themes are such a critical part of the design for each book and for the series. It's all about growing up in a strange world you are learning about. No one is born with a knowledge or history, but we start in the middle of its effects. It's so easy to get swept up in the narrative you grow up in, and that's what I wanted to impress with the first book. Question the explanations around you, on all sides. Politically, there is always a motivation to tell people certain stories that are more flattering of the self, and more accusatory to the other.

The hero's journey is such a classic framework! It's almost like our brains are wired to resonate with it. I suppose after thousands of years of stories, we've refined the elements that trigger into human nature. Jono weakness is both a part of that ideal of starting from the bottom and growing, as well as being the eyes of the reader. Because he is so isolated, he can learn about the world along with the reader. Other characters, like Suriana, start out much more worldly aware, so readers would need to catch up. There is a ton of world-building (across the series), so I wanted to ease readers into that a much as I could while still showing how big and full the world is.

For Dark & Day, the message is to question. The theme is about the false dichotomy the two sides promote and how the truth can be different. In Dark & Day 2: The Withering Mark is both a plot element and a metaphor for how our experiences make us who we are. And more to the point, they make others who they are. By empathizing with their experiences, we can understand why they are the way they are. That process is key if we are trying to heal from the past and connect across our differences.

M: On the topic of other books in the series, you've got four books right now, with the fifth book on its way soon. How much have you planned for our heroes? Has the series taken on a life of its own since it began, or have you got a master plan you're working with? 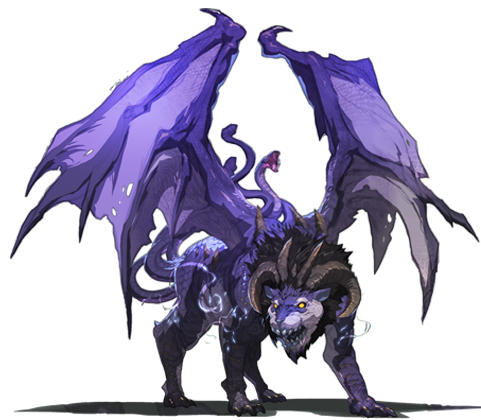 J: I've conceived the plot in three trilogies about growing up, childhood, young adult and adult arc. The first three books were about childhood/teen years set in Windom. With "The Impossible Quest", readers get the first taste of what the young adult arc will be like. More locations, adventures and dealing with issues of transitioning to adulthood. I've had the central plot built out for some time, but there is so much the springs to life and does take on his own momentum as I write. The details of the world lore and where the side characters grow has been a joy and a surprise to see. I'd say only about 20% is really firm, and about 80% takes its shape during the plotting and theme building of each book.

M: For a complete change of direction, I read that you own some Pomeranians. I imagine those can be a bit of a handful if the ones I've known are any indication! Do you have any funny stories you'd like to share about them?

J: Nikko and Pompeii! They are teddy bears come to life. We live near a massive dog park, and Pompeii, the smaller of the two (about six pounds of fluff), has a Napoleon complex. He'll charge up to the Great Danes and huskies, yap and jump up at their face, and the big dogs just don't know what to do with him. It's spectacular!

M: One last question. Where can people find you or get in touch, and is there anything else you want to add? [i.e. time to plug your social media accounts, website, or whatever other links you want. Also, if there's something you wished someone would ask you but never does, add it here!]

You can find all of Dark & Day series on Audible, Amazon, and Apple iTunes. If you're quick, you can also grab an Audible code right here on The Audiobook Review, and be sure to leave a review! Reviews help other people like you find the right book, and authors appreciate the feedback too!

Be sure to check out the Dark & Day website where Jacob has uploaded all the amazing artwork for the book for you to check out.

These terms and conditions contain rules about posting comments. By submitting a comment, you are declaring that you agree with these rules:

Failure to comply with these rules may result in being banned from submitting further comments.

These terms and conditions are subject to change at any time and without notice.

{"commentics_url":"\/\/theaudiobookreview.com\/commentics\/","page_id":298,"enabled_country":false,"country_id":0,"enabled_state":false,"state_id":0,"enabled_upload":false,"maximum_upload_amount":3,"maximum_upload_size":5,"maximum_upload_total":5,"securimage":false,"securimage_url":"\/\/theaudiobookreview.com\/commentics\/3rdparty\/securimage\/securimage_show.php?namespace=cmtx_298","cmtx_wait_for_comment":"cmtx_wait_for_comment","lang_error_file_num":"A maximum of %d files are allowed to be uploaded","lang_error_file_size":"Please upload files no bigger than %d MB in size","lang_error_file_total":"The total size of all files must be less than %d MB","lang_error_file_type":"Only image file types are allowed to be uploaded","lang_text_loading":"Loading ..","lang_placeholder_country":"Country","lang_placeholder_state":"State","lang_text_country_first":"Please select a country first","lang_button_submit":"Submit","lang_button_preview":"Preview","lang_button_remove":"Remove","lang_button_processing":"Please Wait.."}